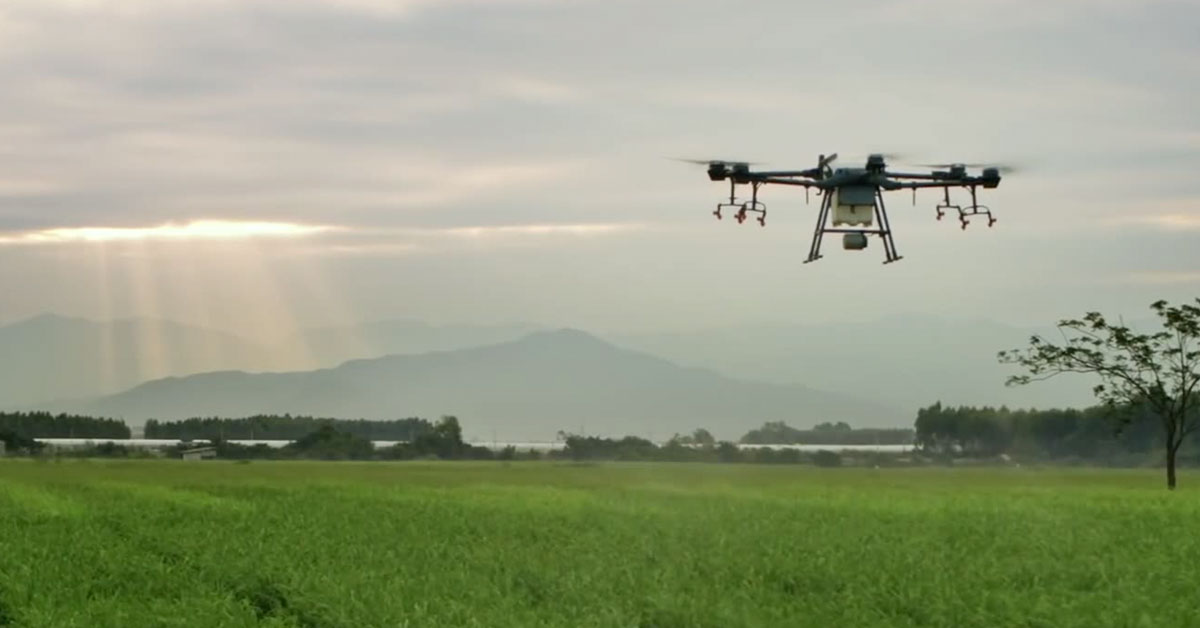 From today, crop spraying drones will be showing up to work in South African fields. This after the first commercial operation took place last week Friday, ushering in a new method for farmers to spray their crops across the country.
An AGRAS MG-1P model, made by the world’s largest drone company DJI, took off under the KwaZulu-Natal based drone company DCG. The company recently changed its name from DC Geomatics which has a RPAS Operator Certificate (ROC). The company’s services include aerial mapping and surveying as well as security. “It really feels like a proudly SA moment to us. DCG was started in 2015 with agriculture as one of four focus areas. Drones are early relatives of the robots that will eventually define the way we live,” said Nico Van Rooyen, director DCG.

Operated under the supervision of the South African Civil Aviation Authority (SACAA), in collaboration with Agridoc, the agriculture division of DCG, this is the first time a crop-spraying drone has passed CAA regulations, proving that they can be operated safely and in accordance with the commercial licence regulations.

“It’s been a long time coming and well worth the wait. Many growers I’m sure will be thrilled that this technology is now available at a challenging time in the industry,” said Tim Wise, the first to fly the drone and a registered Pest Control Operator and drone pilot (RPL).

It offers Wise the opportunity for his company PACSys, that supplied agricultural technology and who worked with Agridoc, a chance to help improve crop yields in sugar cane farms in KwaZulu-Natal.

The drone applied chemicals at a rate of 30 litres per hectare, according to crop spraying regulations. In 1.5 hours it covered an approximate area of 6 hectares.

The first legal flight of this type of drone took place during a SACAA demonstration in May this year. According to the SACAA, drones have evolved tremendously and now include various types of commercial and non-commercial activities in agriculture, conservation and aerial surveillance, scientific research, journalism and film making.

“The SACAA remains very keen to integrate these aircraft into the existing manned-aviation sector and civil airspace, which is relatively safe, secure, and highly organised. We acknowledge that RPAS together with the Fourth Industrial Revolution (4IR) will continue to be an integral part of the air transport network. Hence, we continue to work hand in hand in local and international bodies to integrate RPAS into the traditional manned-aviation airspace,” said Kabelo Ledwaba, SACAA spokesperson.

“We hope that this achievement by DC Geomatics [now DCG] sparks an interest in this new technology by other companies and individuals to enter this fairly new aviation industry.”

Drones are capable of spraying large tracts of land that more traditional aircraft cannot reach, due to obstacles such as challenging terrain.

They can get closer to the crops – about 1-3 metres above them – and be programmed to follow mapped routes via GPS, which makes application that much easier.

Before being able to fly any drone in a commercial space, drone owners and operators need to be individually licensed as per RPAS regulations. Pilots need an additional Pest Control Operator license before being able to spray their crops.